The story behind how the Yard was built. 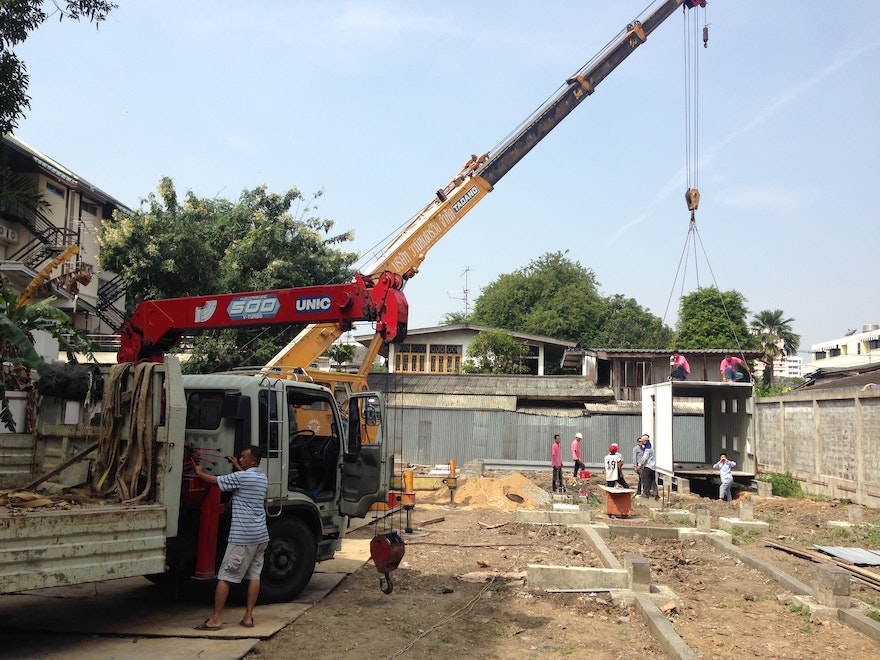 We spent only three months work on-site, which started in October 2014 and our first guest came in January 2015. Som and I used to work for the construction company before creating the Yard. Here's the story of how we did it.

On July 27th, 2014, around 7 PM, we found this abandoned land with a car parked in front of a house; it felt dark and blank. A few days later, we went to see the land with the landlord, and we found out that there's not only an abandoned house but also a HUGE empty land at the back. 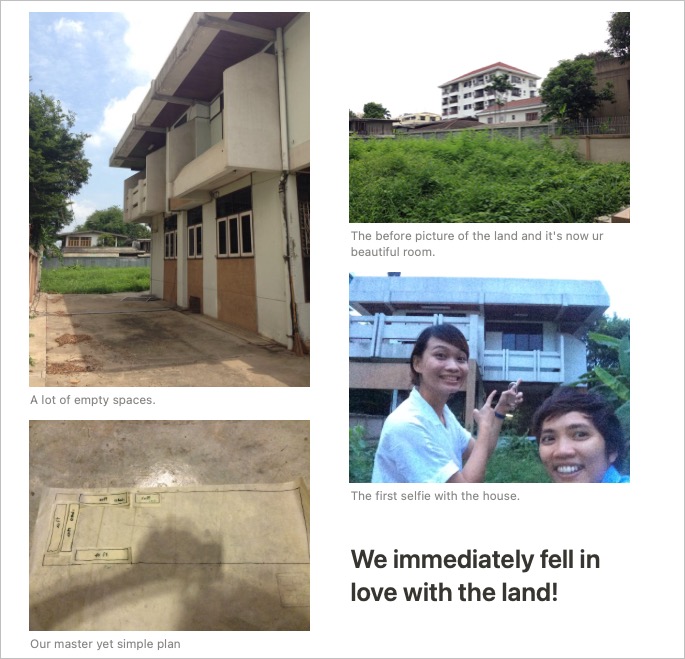 The landlord had many questions because he loves his family's home and did not want us to destroy the vibes there. I showed him a draft of our plan with a few reference pictures and promised him that I'd not do anything that isn't like Ari culture. He loved our plan and ideas so much and said his family would love them too!

Why did we decide to use shipping containers?

Som and I worked in the construction industry for almost ten years, and our land rental contract is only for six years; we had to think about the time we have to move everything once the end of the contract has come. The other reason was that we didn't want to use materials like concrete. Therefore the shipping containers were the solution for us. 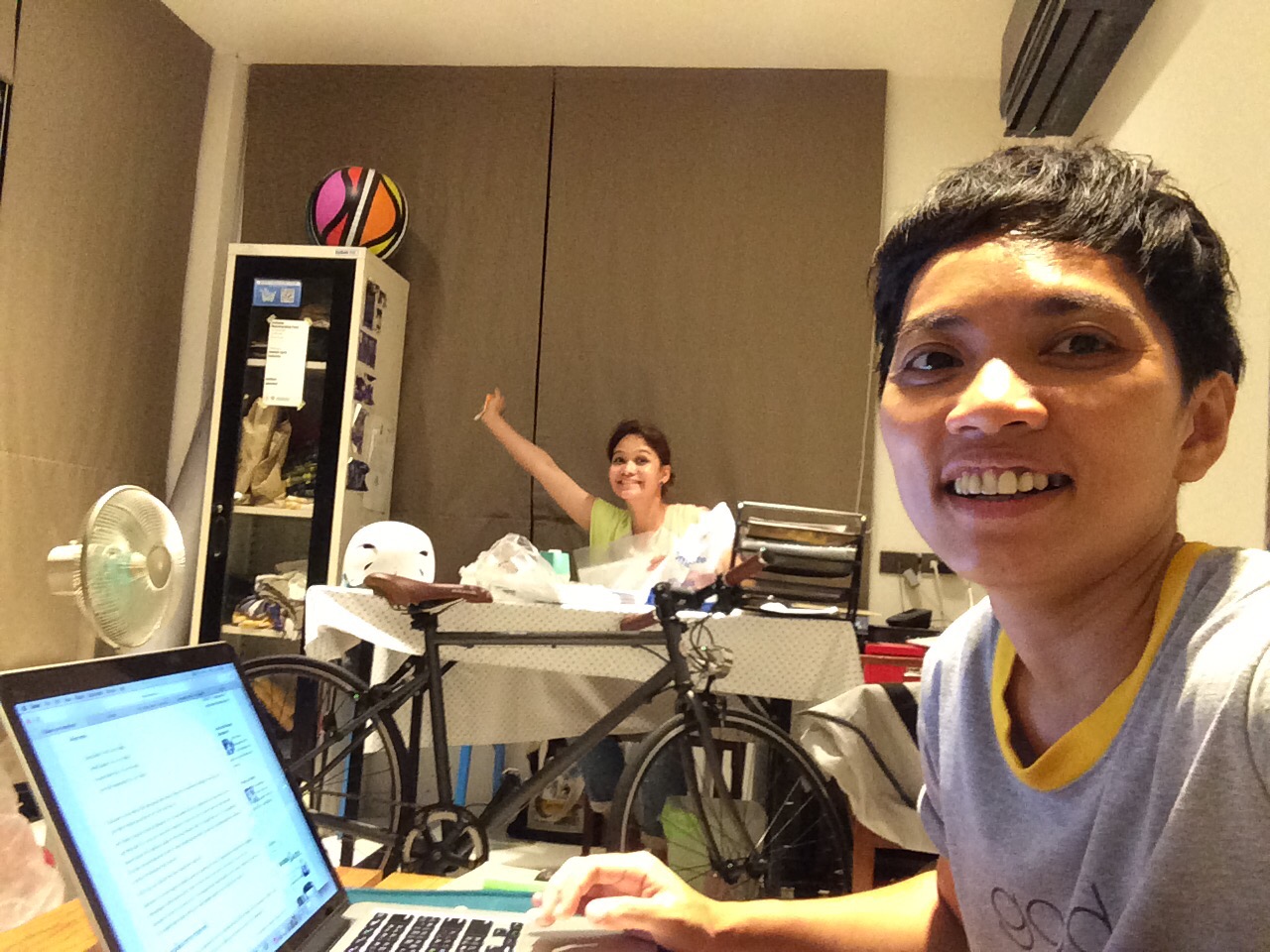 We were excited about our big chance.

We put the green space (behind the abandoned house) as our priority while working on the master plan. We could have gone with the structure of the U shape to hold more guests, but instead went with the design of the L shape; that way, our guests will be able to enjoy the great nature through their windows.

Our design has several windows because we want our guests to get natural light and be close to nature. 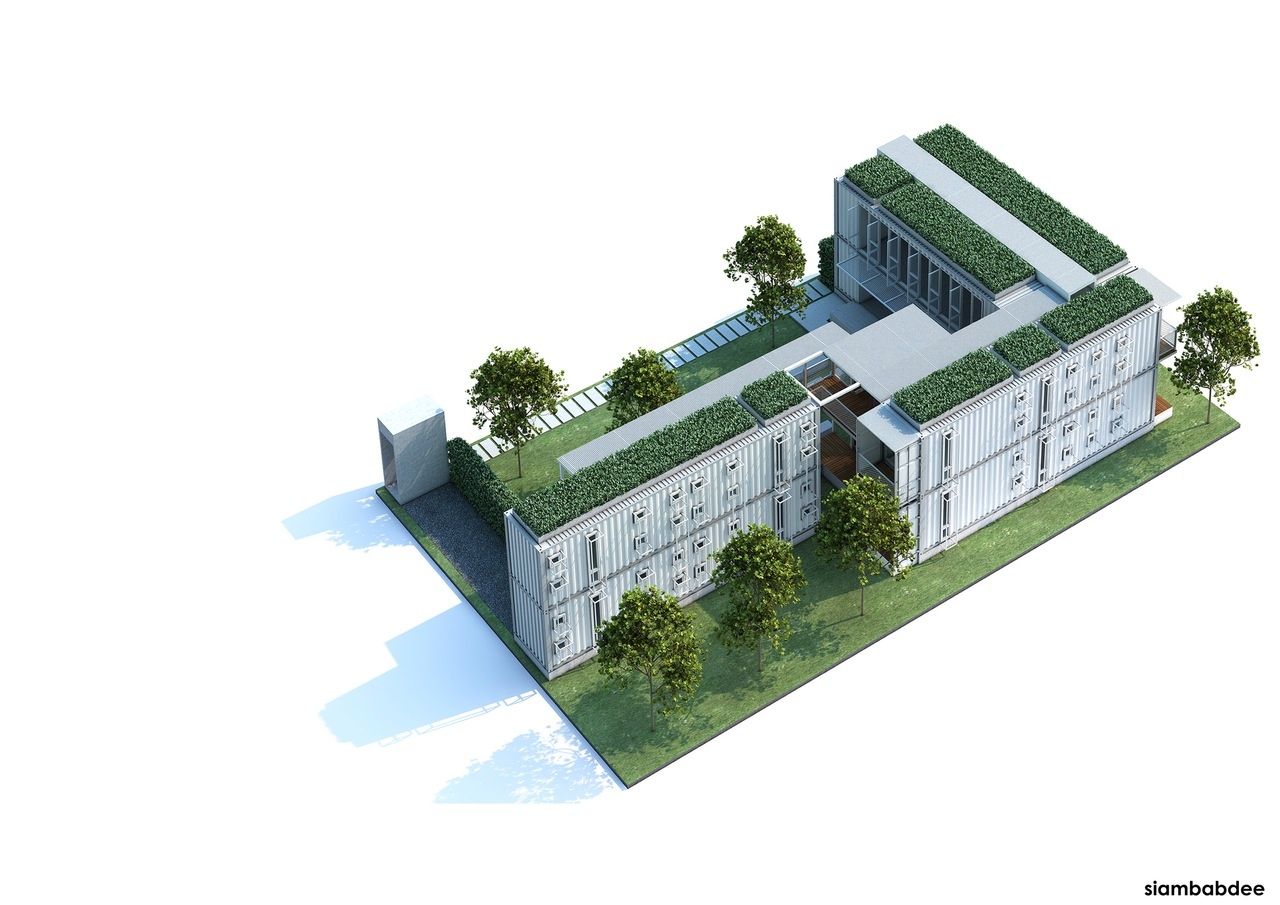 We used eight old shipping containers to build the rooms.

We had to remove rust and repair leaks. While we were working on the containers in the factory, we were also cleaning the area. We did the foundation and developed a construction plan, underground systems like the septic tank, drainage pipe, and government approval.

Three weeks before we must move the containers to The Yard, we were just curious how we can move, how trucks can turn around the little corner, and how we can proceed without destroying the electric cable around the blocks. We contact many delivery companies, all of them said the same.

‘NO, It is IMPOSSIBLE to move the containers to The Yard'

But we did not give up; instead, we found a solution to cut and separate the containers into two parts. Although the factory was unsure about it because it's their first time separating the containers, we were confident that it's possible and need them CUT.

After separating them, there were a total of sixteen shipping containers, and sixteen trucks were needed to move them to The Yard. The night before the moving day, we were stressed and couldn't fall asleep trying to devise a solution because we have already informed the move to the government and police.

We settled on renting a crane and many big steel plates to make a firm foundation for the heavy crane.

Sixteen pieces of Lego were coming together to build The Yard.

Our hearts were pounding, worried about the noise and traffic that might cause by the truck and electricity cables that might be in the way. We would be in massive trouble if anything happened to them. We needed two guys to help with the cable matter. They needed to push down and hold them while the truck was passing to avoid breaking them. We only have an hour to get everything done, welding two parts of the container to each other before another truck arrives. However, everything went smoothly thanks to the fantastic work done by the contractors.

We only have an hour to get everything done, welding two parts of the container to each other before another truck arrives. However, everything went smoothly thanks to the fantastic work done by the contractors.

After settling the containers in place, our next task was to begin working on the architecture; stairs, walkway, roof, sanitary, and electricity. 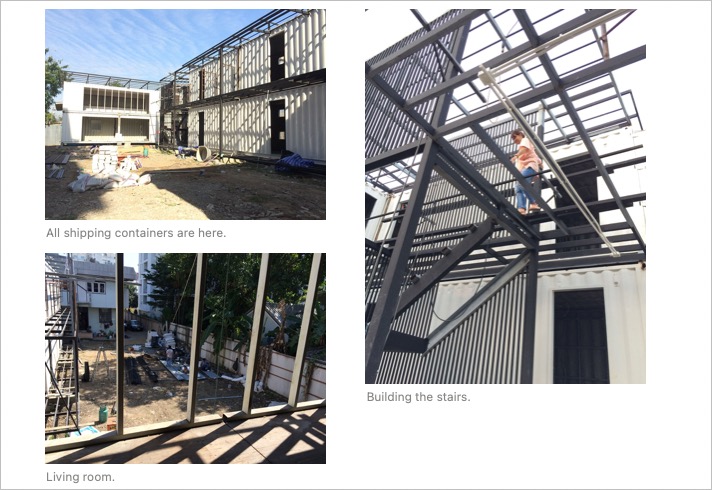 The recycled paper played a massive role. We used the papers to insulate the rooms to reduce heat and keep inside cool. We can reduce energy consumption by 70% this way.

We mainly use recycled material for The Yard. We used the leftover shipping container to make our bar and old woods to decorate too! 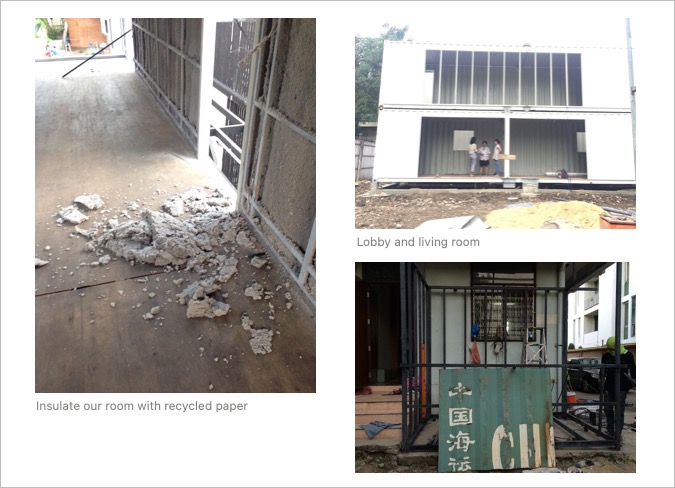 The Yard is not the Yard without Nature. 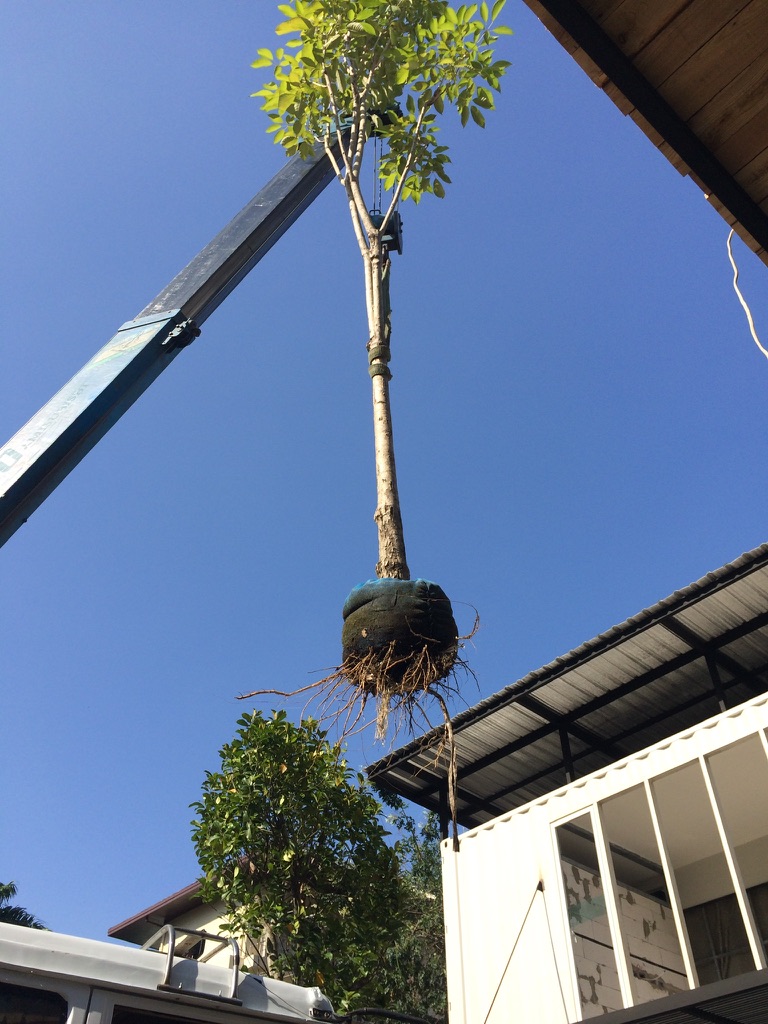 Many guests ask us about the trees, 'How old are they? They are so big.'

I would love to tell you that every tree came with us and we are so proud of them. We have jackfruit, star gooseberry, mahogany, and more.

We spent only three months work on-site, which started in October 2014 and our first guest came in January 2015. Som and I used to work for the construction company before running our own business, so construction is not a problem for us